Discussion about scientific issues as they relate to God and Christianity including archaeology, origins of life, the universe, intelligent design, evolution, etc.
Post Reply
4 posts • Page 1 of 1

WASHINGTON - A frog the size of a bowling ball, with heavy armor and teeth, lived among dinosaurs millions of years ago — intimidating enough that scientists who unearthed its fossils dubbed the beast Beelzebufo, or Devil Toad.

But its size — 10 pounds and 16 inches long — isn't the only curiosity. Researchers discovered the creature's bones in Madagascar. Yet it seems to be a close relative of normal-sized frogs who today live half a world away in South America, challenging assumptions about ancient geography.

The discovery, led by paleontologist David Krause at New York's Stony Brook University, was published Monday by the journal Proceedings of the National Academy of Sciences.

Krause began finding fragments of abnormally large frog bones in Madagascar, off the coast of Africa, in 1993. They dated back to the late Cretaceous period, roughly 70 million years ago, in an area where Krause also was finding dinosaur and crocodile fossils.

The largest living frog, the Goliath frog of West Africa, can reach 7 pounds. But Krause teamed with fossil frog experts from University College London to determine that Beelzebufo isn't related to other African frogs.

It seems to be a relative of South American horned frogs, known scientifically as Ceratophrys. Popular as pets, they're sometimes called pacman frogs for their huge mouths.

Like those modern frogs, Beelzebufo had a wide mouth and powerful jaws, plus teeth. Skull bones were extremely thick, with ridges and grooves characteristic of some type of armor or protective shield.

The name comes from the Greek word for devil, Beelzebub, and Latin for toad, bufo (pronounced boo-foe).
Top

Frog Legs anyone?
Definition of a Veteran. A veteran is someone who, at one point in his life, wrote a blank check made payable to "The United States of America", for an amount of "up to and including his life." That is honor, and there are way too many people in this country who no longer understand it.
Top

This frog had teeth. When he went a'courtin', the ladies had to pay attention. 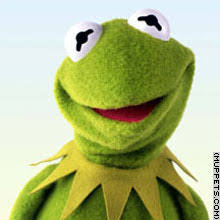 Act 9:6
And he trembling and astonished said, Lord, what wilt thou have me to do?
Top
Post Reply
4 posts • Page 1 of 1