As most of you, you've heard or read about the Biblical story of Jonah, swallowed up by the giant fish. But it wasn't until recently that I realized just how far in the opposite direction of Ninevah (where God wanted Jonah to go preach a message of repentance) Jonah actually decided to sail, instead.

See map - he instead hopped a boat to take him about as far as an ancient of his day could sail the Mediterranean Sea - with Ninevah being in modern day Mosul (in Northern Iraq), he sailed out of the eastern Mediterranean port of Joppa to the southern Phoenician port of Tarshish (in modern-day Spain). Wow, guess that's just how bad Jonah detested the Ninevites - cause not only did he go in the far opposite direction, but it would have been a very costly journey (he paid in advance). Until 612 B.C., Nineveh had been the largest city in the world (for 50 years). 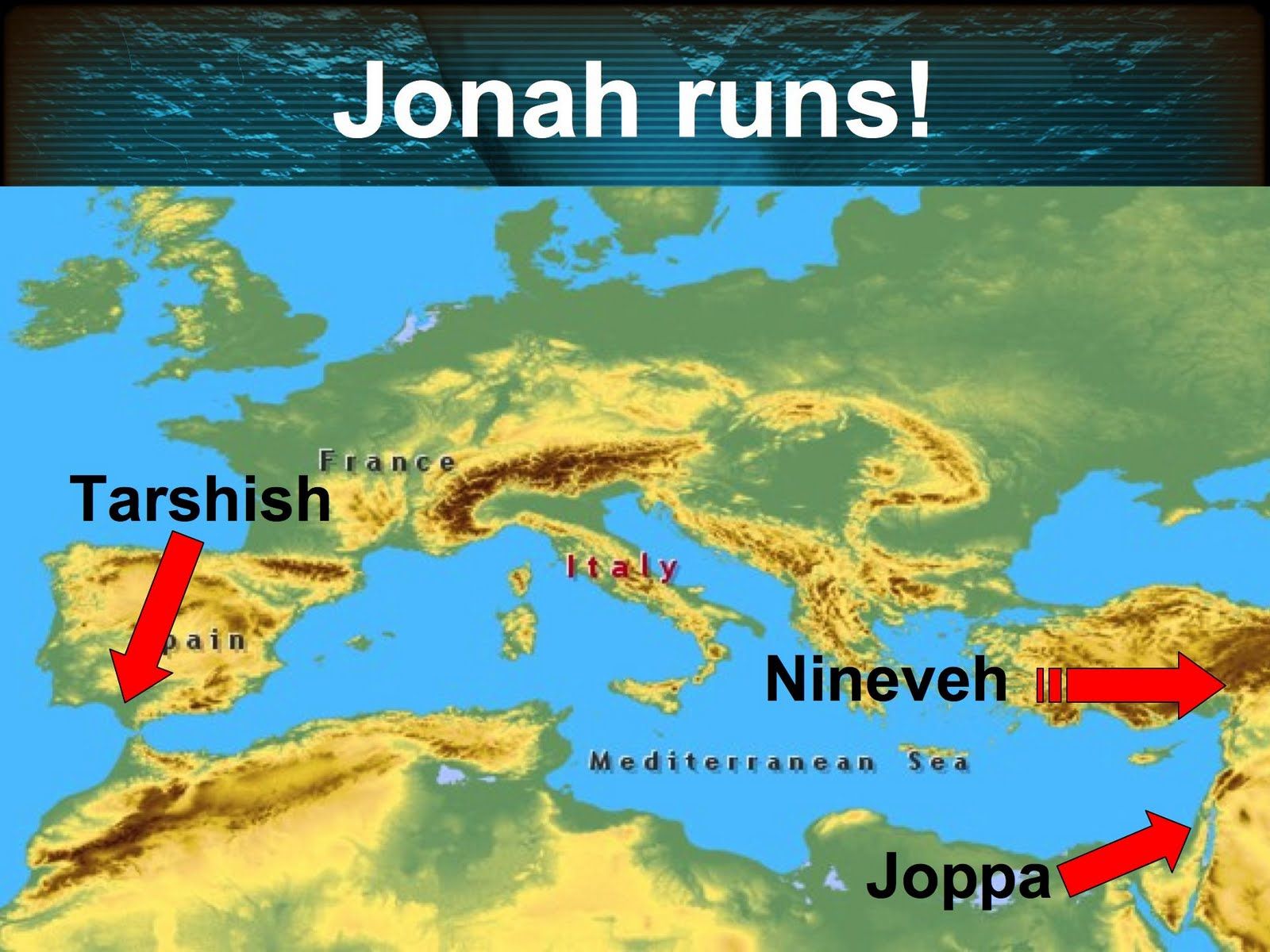